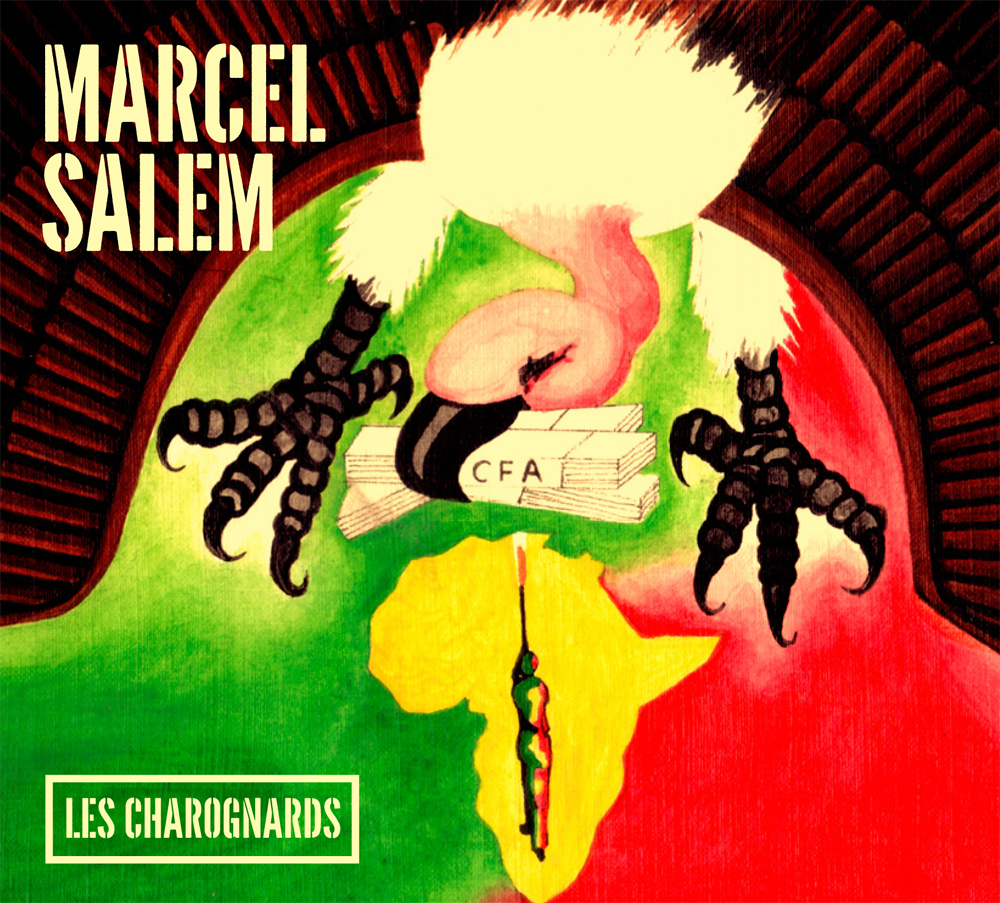 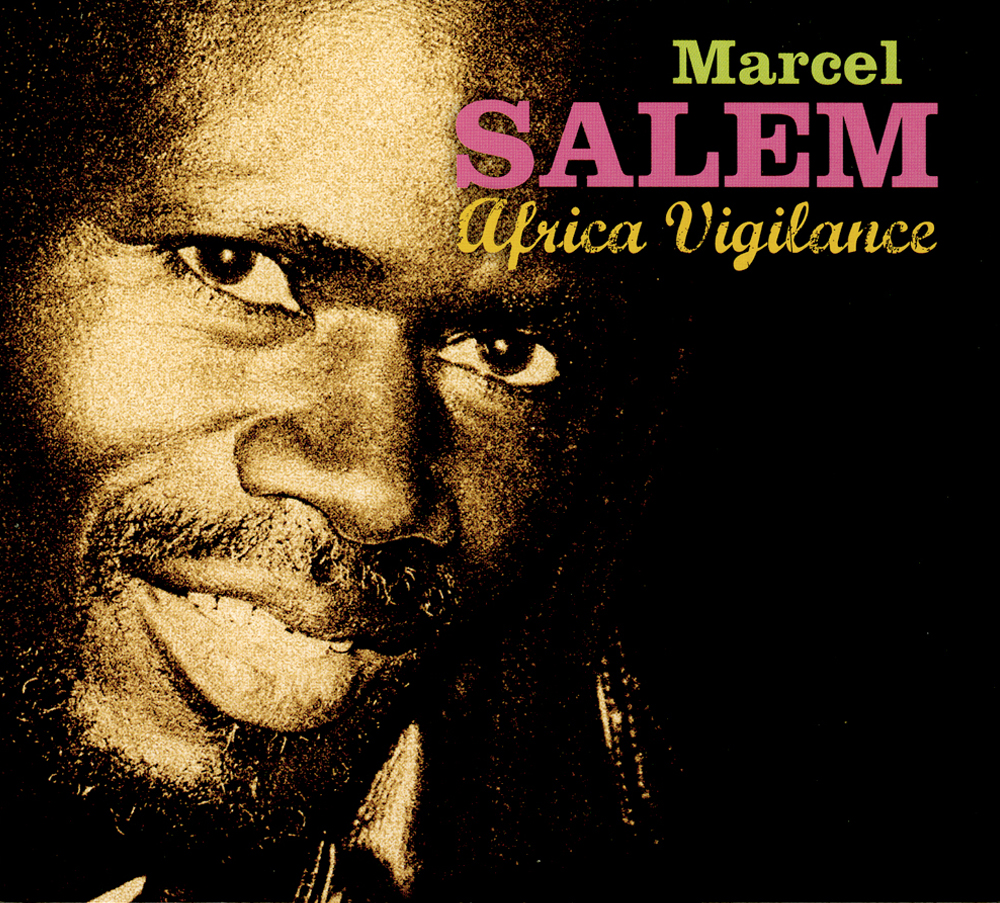 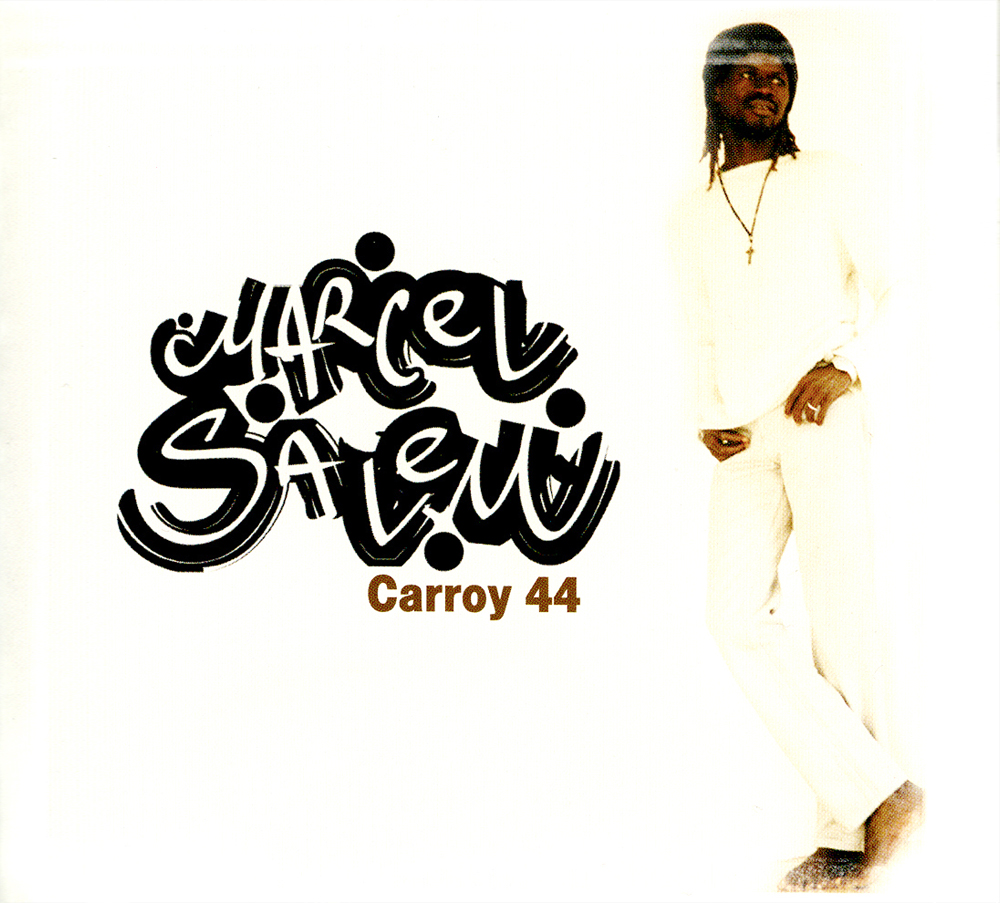 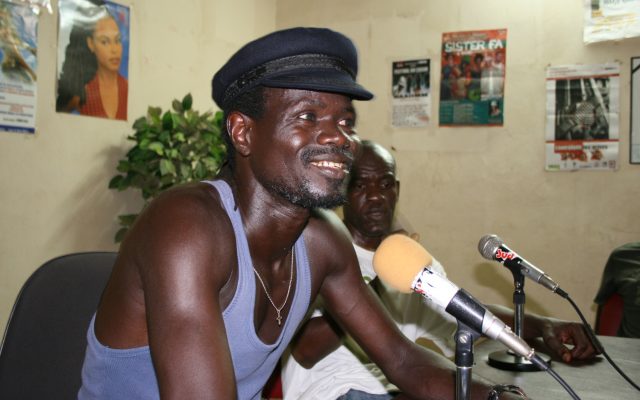 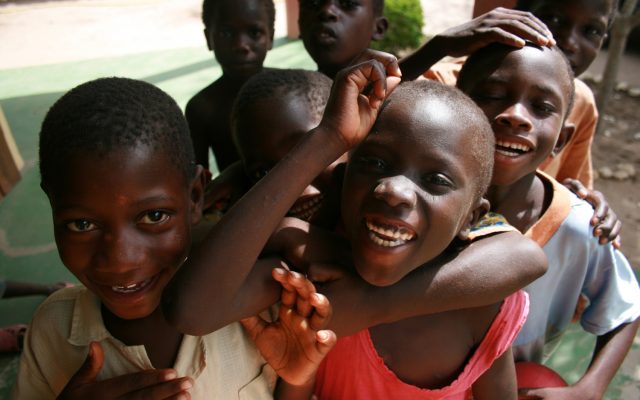 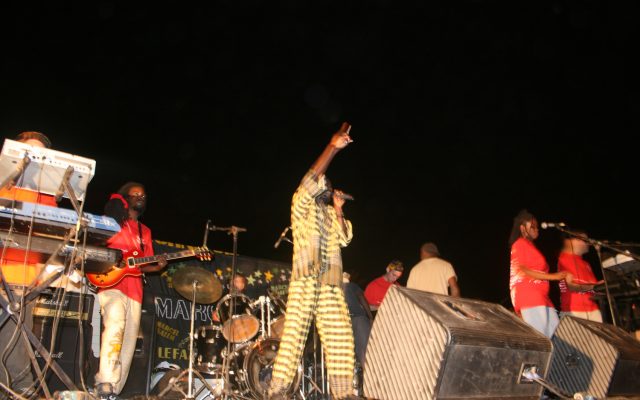 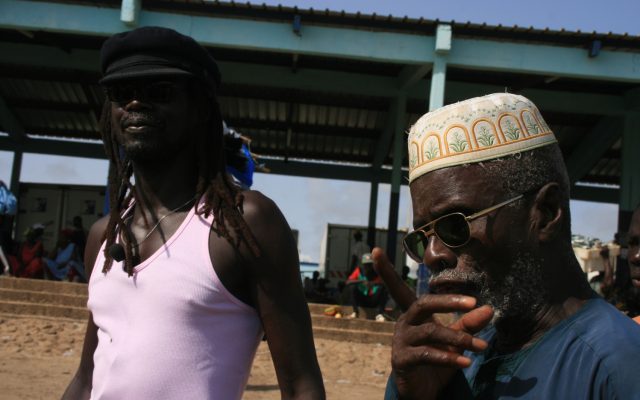 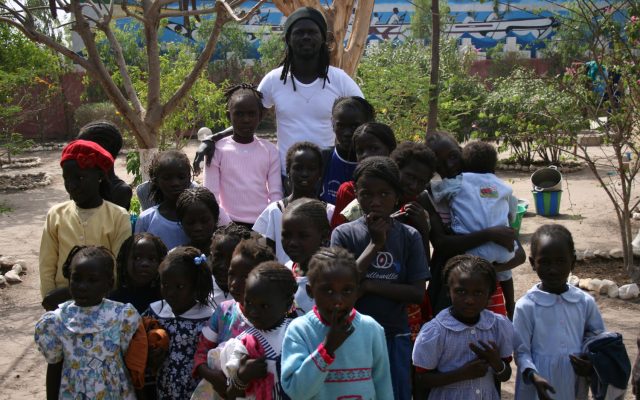 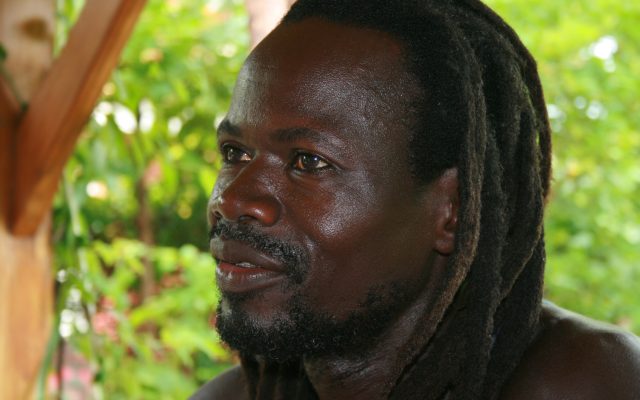 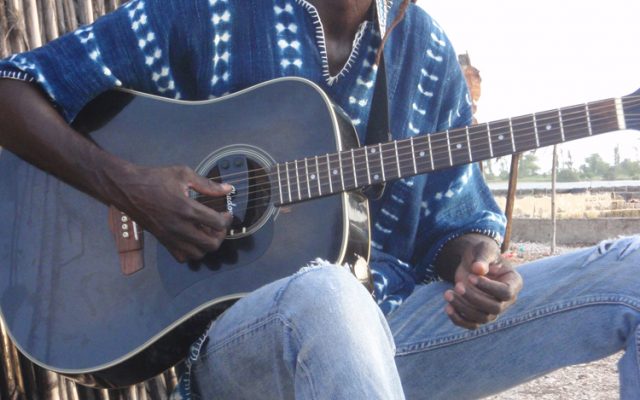 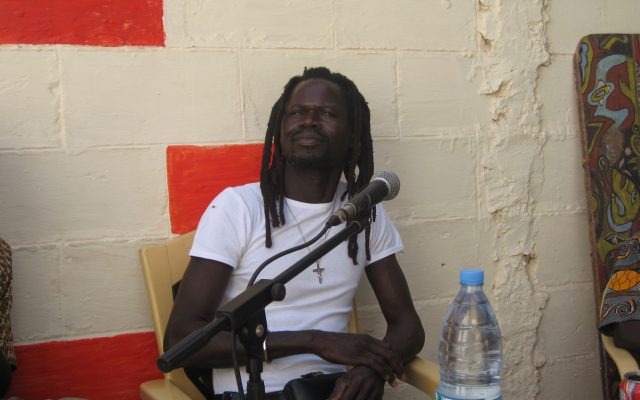 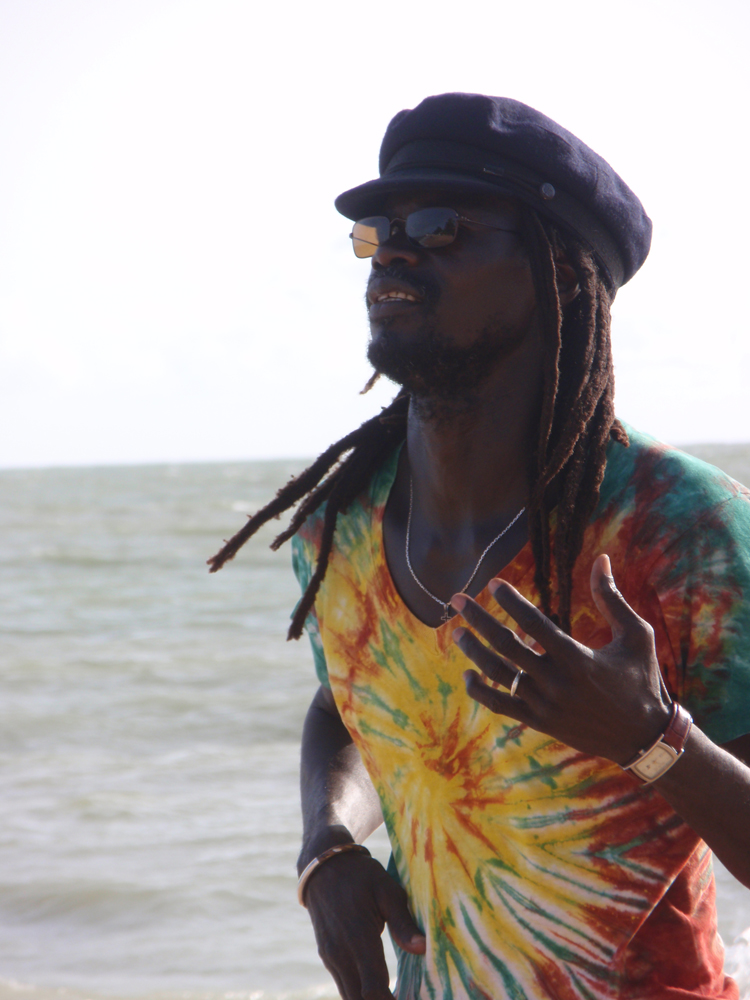 Marcel Salem was born in Africa, in Senegal, in a Serere village. Members of the Serere ethinc group, just like the Massais, are tall, thin and have a very dark skin. Like many African easants, he didn’t go to school because his family could not afford to pay the annual schooling fee of twenty francs. Therefore, he learned to write and read, here and there, along the roads and all along his life. Salem has a great faith in God and is a practicing Catholic. He spent his childhood in the bush, living in a 4 m2 hut, lit up by just one candle on the ground, in which his mother (Yakoume) ­who is mentioned in one of his songs- still resides in the same rustic conditions. Salem didn’t talk until he was 5 years old. But suddenly, one day, he started talking in the ordinary Serere langage. Noticed for his strength and agility, first became a boxer. He won 28 fights out of 32, hit and got hit, but did not make money.

Salem carried on his way, 11 years across Africa, by foot or in ramshackle old buses. During all these years, he slept on cardboards with only his old guitar and his notebooks for company, writing pages and pages of Serere, Wolof and Ivory Coast songs. He took on many small jobs but remained often with an empty stomach. He went back to the bush and started selling bundles of firewood to the women in the villages. Salem, the Serere, the man of the baobabs, never gave give up. He then decided to move to the small coast along the ocean and, with his precious guitar, he started singing in restaurants in which the white people come to try to blend into the welcoming and peaceful Senegalese culture.

Salem chooses Reggae, a music in which he recognizes himself completely. As a result, a first album of 10 songs, “Carroy 44“, is recorded. Songs are arranged by Michel Lorentz with great tudio musicians such as the bass player Michel Alibo, Philippe Slominiski, Alain Hatot and Jacques Bolognesi on brasses, Hubert Colau on drums (Blasters ghetto), the guitarist Daby Touré, Julia Sarr (vocals), Valerie Colau (vocals). 3 videos (“Baapa”, “Lamane” et “Deekê te mil”) are included on the CD. They have been filmed in Senegal, in Salem’s Serere region, in the towns of Ndut and Saint Louis.

Since then, Marcel and his band, the Faam N’diawor, including Christophe Laxemaire (keyboard vocals), Theodros Ymer (guitar), Maxime Jean-Louis (saxophone tenor) Jean-Marie Leblanc (percussion), Cedric Lemonier (drums), Pierre Colin (bass), have been performing in theaters, clubs and bars of the capital such as the Café de la Plage, the Sentier des Halles, the New Morning, the Opus Café and soon, La Fleche d’Or.

In 2005, Salem went on a trip to New York where he met local musicians and many compatriots. 2006 and 2008 are the years his next two album were released. His notebooks are filled with songs. Enough songs to fill up a whole life. Life that, hopefully for him, will be long, and as beautiful as his soul.

Powered by LOWdesign | 2016 | All Rights Reserved